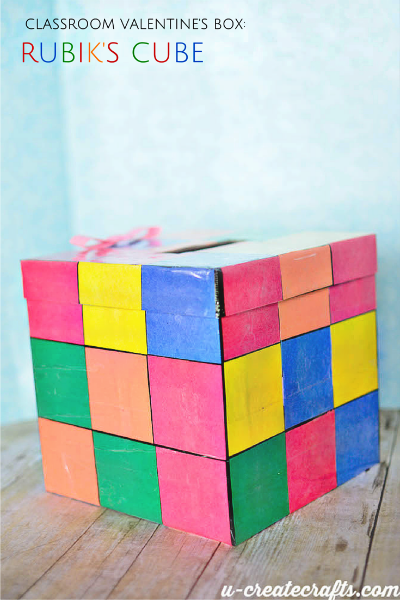 My 7-year-old daughter, Izzy, had the most perfect idea for a Classroom Valentine Box: make a Rubik’s Cube version.  After telling her Aunt Kari all about it, Kari gave her a square box that she had just purchased at Michael’s Crafts. So, we set about to make a Rubik’s Cube Valentine Box.  Turns out it was pretty easy and the end results was just like Izzy expected. 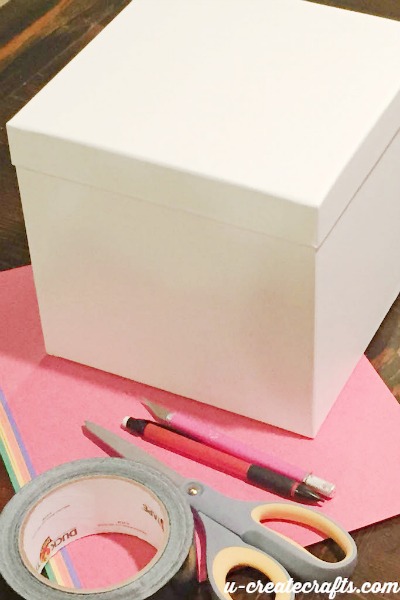 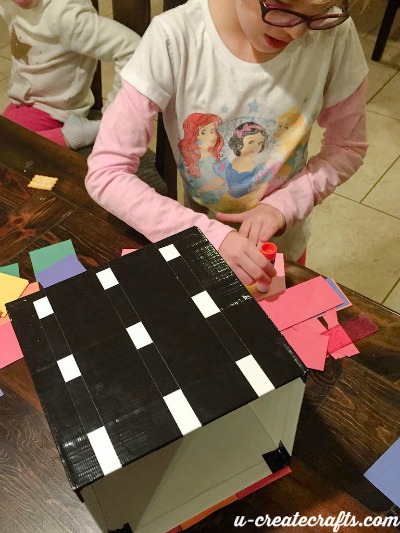 Step #2:  Cut the construction paper into squares.  We measured the box and then divided by 3 and then subtracted a 1/4″…basically our squares ended up being 2.75″.  Cut 9 of each color. 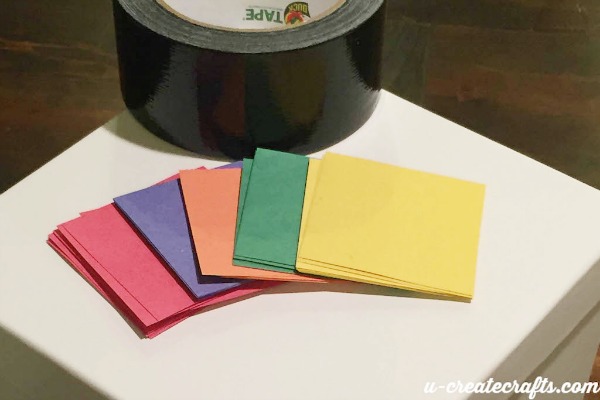 Step #3:  Grab a glue stick and glue on the squares.  Izzy’s box has a lid so we had to cut some extra pieces for the sides of the lid.  It was a pretty painless process though.  This is a little girl who needs everything perfect! 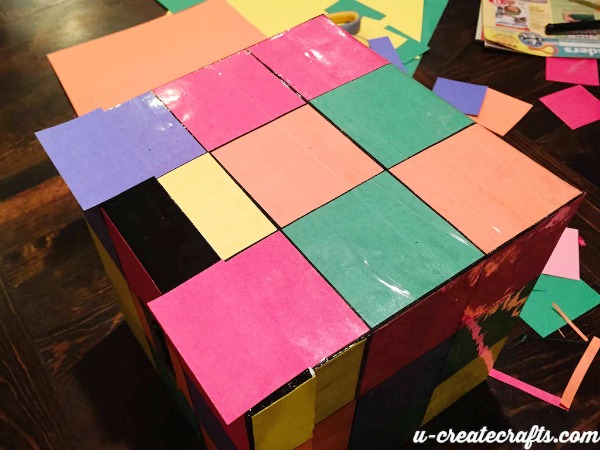 Step #4:  Cut a rectangle in the top for little Valentine’s to be placed into the Rubik’s Cube!

Step #5:  Izzy was afraid some of the paper squares might come off while taking it to school, so we covered the whole thing in clear packing tape.  Worked like a charm!

While I was out that night, my sweet girl thought her plain Rubik’s Cube box needed some personality so she created a little face for it! 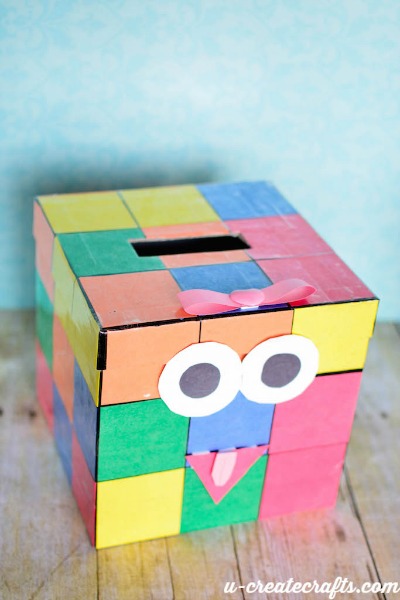