I ordered these vintage ABC flashcards a while ago not knowing what I was going to do with them. When it was time to design my daughter Stella’s big girl room, I knew I had to somehow incorporate them. And, since the cards were going to take up a lot of space, I needed something that wasn’t too heavy…enter ABC Flashcard art! 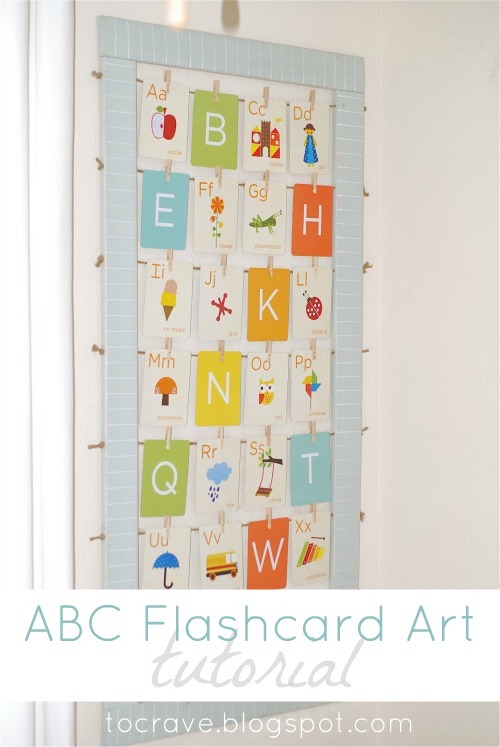 I first decided on the size and layout I wanted. I chose a 7×4 layout (leaving just two cards on the last row).  Once I laid out the cards, I decided on a 30×60 frame, which allowed adequate room for spacing and the clothespins.
Once the frame was assembled, it was time to drill holes. (I don’t do power tools, so I just watched!) Measure for holes and drill away (or watch, like I did). Make sure the holes are big enough to thread your twine through.
I painted the assembled frame in Restoration Hardware’s Silver Sage and sanded the frame. I then drew on the pinstripes with a white Sharpie Paint Marker (love these)!  Next: the threading. This was definitely the trickiest part of the project, since I wanted the tension on the twine to be super tight. If you don’t mind a little sag, then it’s not so tricky. Thread your twine through one side, tying a knot on the end. Then thread it straight across to the other side. Mr. Hubs used some type of surgeon’s tool to keep the tension tight (he brings home all sorts of nifty tools), but a pair of pliers would probably get the job done. Tie the knot on the opposite side and repeat until all rows are complete. 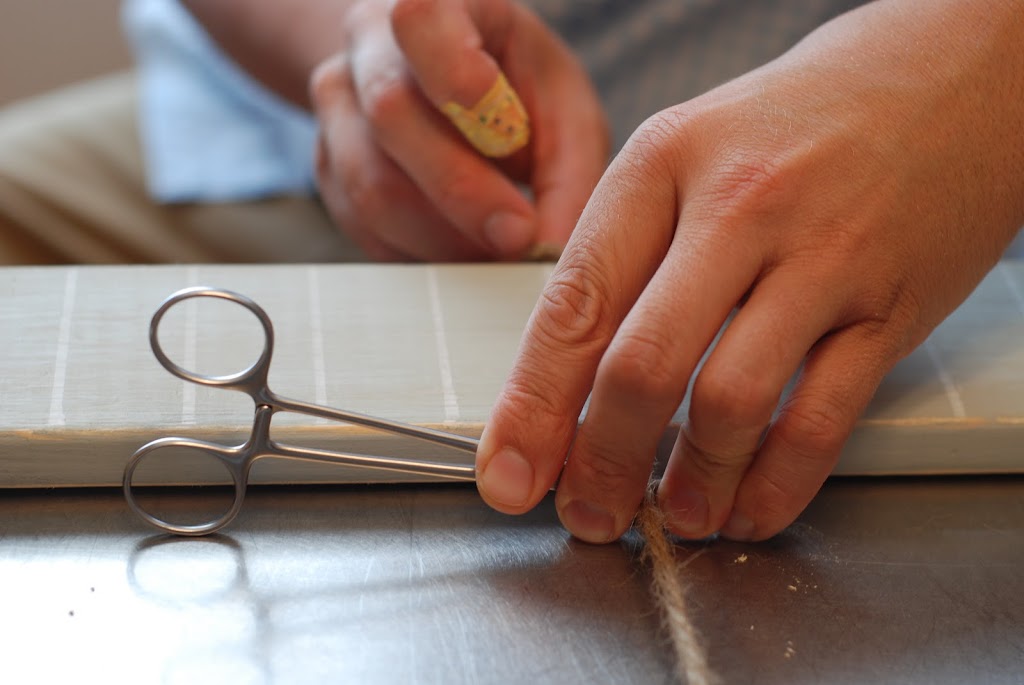 Here is the frame before the cards were placed. I like this piece, because I will be able to replace the ABC’s with photos when Miss Stella gets a little bit older, or more likely, when I get sick of the ABC cards! 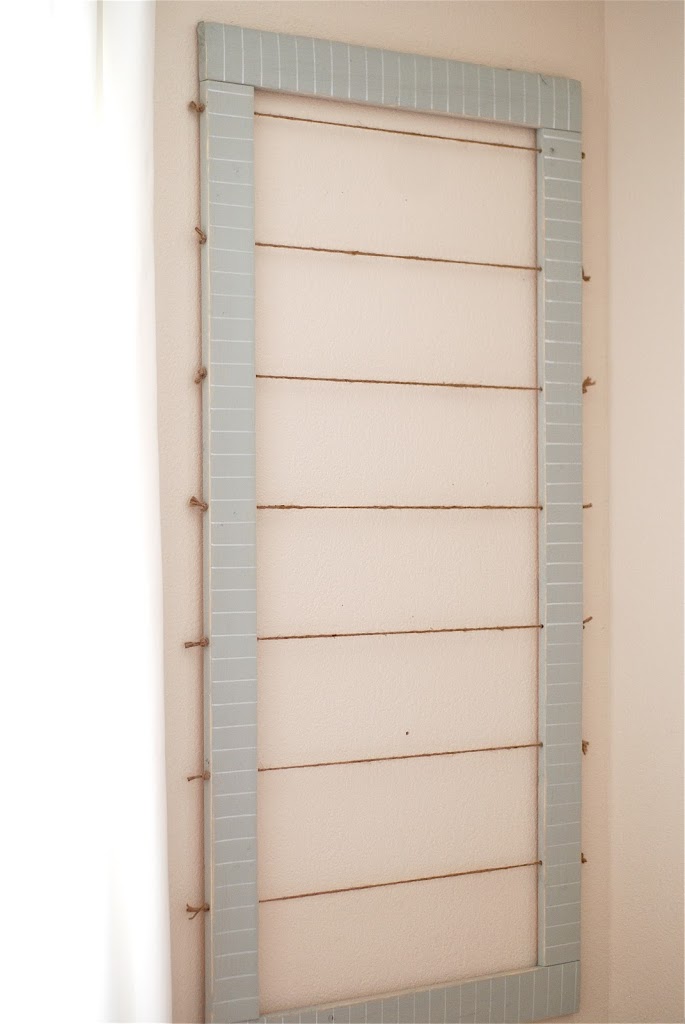 Here’s a close-up of the flashcards pinned to the rows of twine. 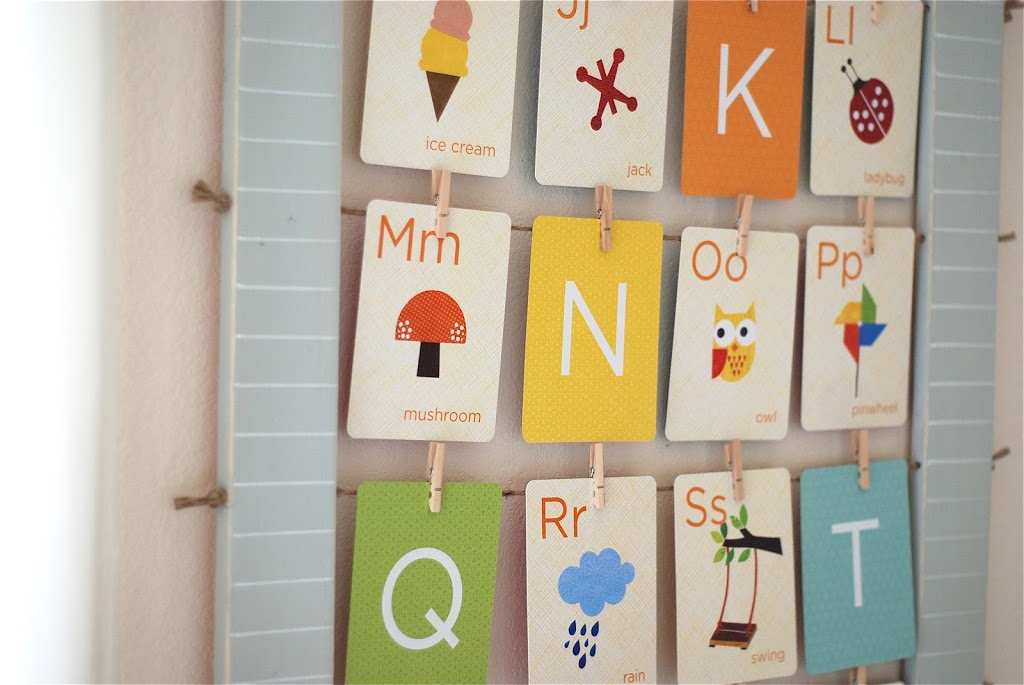 And finally, here is the ABC Flashcard art! 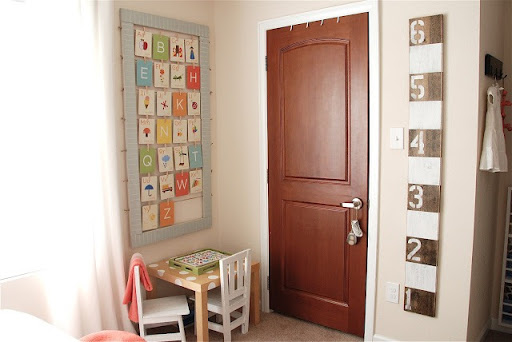